The Alchemist Recipe: How to Automate Buffer and Grow Your Traffic by 95%

WARNING: This bot will double your social media traffic while saving you hours upon hours on social media management.

“It’s like a magic wand for social media management, except the wand waves itself.” - Zac Shaw.

Before we get into “the how”, let me show you the results I got: 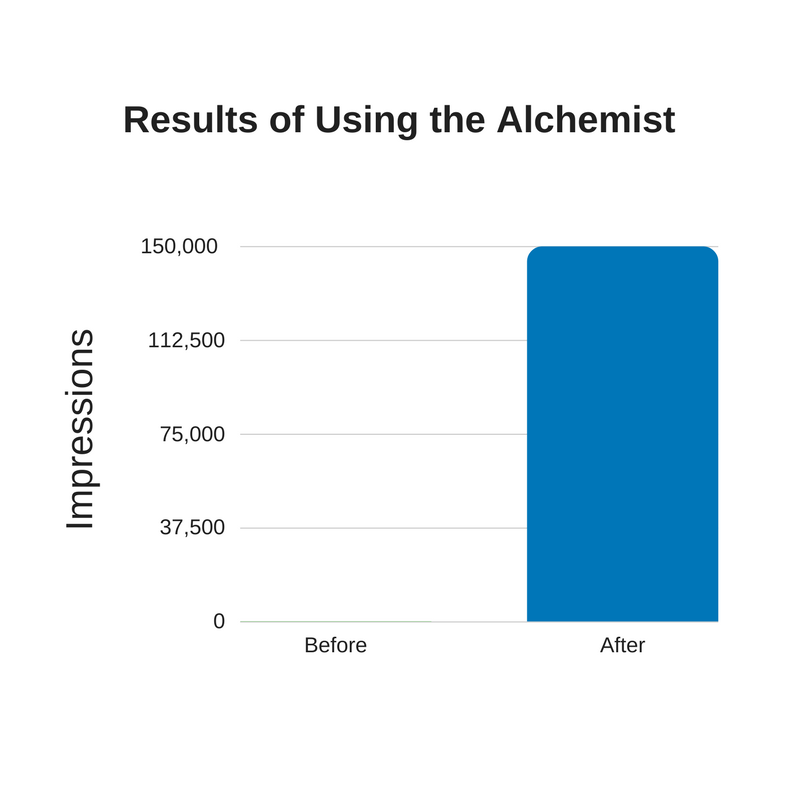 Now I’m going to show you exactly how I grew my engagement 1000x by recycling my social media updates with a bot.

Let’s dive in with a flashback.

In 2009, Laura started LKR Social Media, where she taught thousand of entrepreneurs and marketers how to take their social media marketing into their own hands.

One of her most effective strategies in her bag of tricks was recycling social media updates. On average, her students were seeing a 95% increase in their social media traffic.

Doing this meant creating a content library, preferably in a spreadsheet. But there was one problem - recycling the content meant manually loading them into a scheduling tool over, and over, and over again. Pretty tedious!

Even worse, some scheduling tools, like Buffer, limit the amount of content you can schedule to just 10 posts. That’s probably 2 days worth of content for some of us.

Laura’s answer was to build Edgar. A tool that endlessly schedules your social media. Thereby keeping your profiles fresh, while refilling itself without your input.

What if there was another way? What if you could hire a social media manager that takes content from your content library and loads them into the scheduling tool you already use, every day?

A bunch of professional bloggers do this already.  This is how they go about it:

They come up with some quotes, write updates linking to their blog posts, think up some questions to keep people engaged, and so on.

Then they’d either pay someone an hourly rate to load up these social updates into a scheduling tool or directly on Facebook or Twitter.

Finally, they repeat this whole process the next day, or the next week depending on the plan on their scheduling tool, otherwise, their social media channels would go silent.

“Nah Tomiwa, can’t afford to hire someone for fucking social media.” - Alessia (my girlfriend) Tweet This

Well, Alessia. It’s 2017, you could hire a bot at no cost. It’ll work every day, It doesn’t get sick, it doesn’t complain, and best of all, it doesn’t ask for monthly payments ;)

Introducing the Alchemist: The bot that has the power to turn a free Buffer account into Edgar (hence, the name).

The Alchemist answers the question:  “I want more people to see my posts on social media without paying for ads. How do I employ someone that recycles content from my library and schedules it on Buffer every day to increase the lifespan of each post?”

The Alchemist solves that. It takes your:

And runs your social media on autopilot. Thereby:

The next section is the step-by-step tutorial on how to install the Alchemist on your computer. From the feedback I’ve gotten so far, it’s a bit techy, If you’re not comfortable with that, some of you have suggested I create a web version of the Alchemist. Click the button below to join the waitlist.

How to setup the Alchemist.

Step 4: Get the google sheet key and enter it in the config.rb file

Step 5: Get your Buffer keys

After you’re done with the config.rb file. It should look something like this:

Step 6: Get your Google Drive keys

For the instructions below, copy the commands, paste them on your terminal (Mac) / CMD (Windows), and press enter.

Finally, we're good to go. Still there with me?

This is the only command needed to run Nimrod from now on (provided you’re in the bots folder):

Questions? Shoot me a quick tweet & I'll be happy to help you

If this question comes to your head, “Do I have to open the terminal/command line and run the command “ruby app.rb” every day?”, you’ve been following along nicely.

Introducing Cron Jobs, AKA how to tell a computer to do run a task as frequently as you want it (i.e. every day, every hour, at 1 pm every day, and so on).

Why a web version?

There are two reasons.

And that’s why I’ve decided to turn this bot into a web tool (website) that’ll help you maximise the life of your content by continuously sharing it on social media at a perfect frequency and keep your audience aware of and engaged with your brand.

As they say, you’re just one content away from reaching your wildest business goals. But instead of hoping people gravitate towards your content because it’s the best content out there, you can take matters into your own hands by sharing them on a recurring schedule. Over time, you can now reach every single person.

Hi there. I'm Tomiwa - a programmer by trade, and an avid student of life. My goal with scrappycabin.com is to teach marketer technical skills to take their marketing skills to the next level.


Crafted with love by Tomiwa Adey